How Football | Soccer Unites the World

By Othman Chaar in Sports

The World Cup has proven to be a catalyst for change and it has the effect of bringing people from different cultures and nationalities together.

FIFA is derived from a French translation Fédération Internationale de Football Association and it is a non-profit organization that describes itself as an international governing body of association of football, futsal and beach soccer.

FIFA was founded in 1904 to oversee international competition among the national associations of Belgium, Denmark, France, Germany, the Netherlands, Spain, Sweden and Switzerland. Headquartered in Zürich, Switzerland, its membership now comprises 211 national associations; Russia was suspended in 2022. These national associations must each also be members of one of the six regional confederations into which the world is divided: Africa, Asia, Europe, North & Central America and the Caribbean, Oceania and South America.

The structure of this global tournament creates a unique kind of solidarity. Since only a finite number of countries qualify, and only two can play at a time, most fans have to choose countries, other than their own, to root for. Every four years, this process causes children all over the world to pore over maps and national flags, asking their parents questions that send those parents, in turn, to learn a few things about the world beyond their own borders. 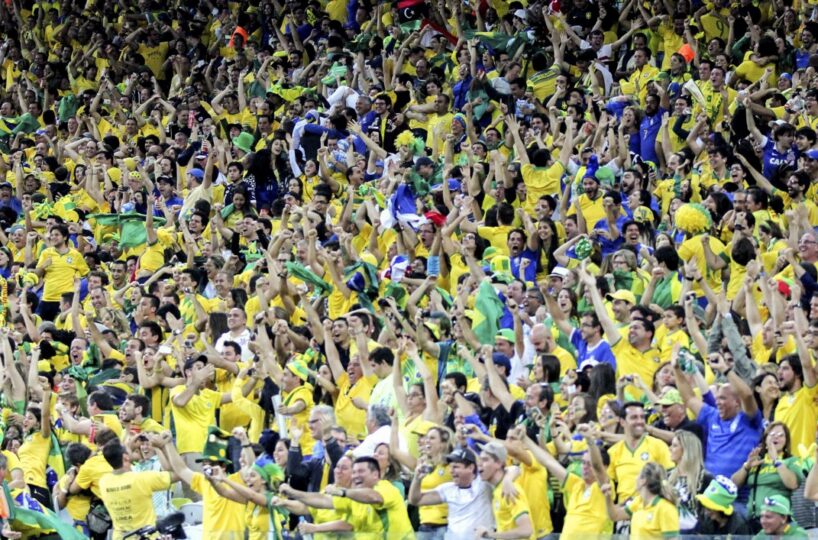 Football and sport in general, represents an opportunity to build a better version of a world too often threatened by irrationality, intolerance and violence. Like any opportunity, it only counts if we take advantage of it. As spectators and parents, educators and leaders, we must train our eyes to see not only spectacular goals, but also acts of sportsmanship – to point out to each other, and to our children, not only athletic prowess, but also solidarity and diversity.

We must use this platform to unite rather than to divide. And we must carry these lessons of peace far beyond the final whistle, in the hopes that someday, the world’s game will no longer be a rare shooting star in a dark night of conflict, but part of the dawn of a more rational age.

Facts about the World Cup

The World Cup is the most watched event on television, even overshadowing the Olympics. According to World Cup facts, approximately one out of every nine people on Earth watched the 2006 World Cup final match. The tournament currently sees 32 teams vying for the top spot. In 2010, 204 teams entered to qualify for the world’s most popular sporting event.

World Cup facts tell us that Brazil has the distinction of being the only country to play in every World Cup tournament since the competition’s inception. Brazil has hosted the World Cup twice and has made remarkable contributions to soccer history. Brazil has finished in the top four 11 times.

World War II takes the blame for cancelling what would’ve been the fourth and fifth World Cup Finals. Following the war, Britain rejoined FIFA, after having left the organization in 1920. Uruguay also returned to the Tournament. 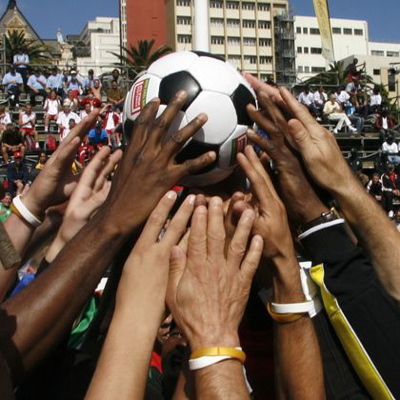 In 2002, the World Cup was finally held in Asia. The year also saw the first time the World Cup had two hosts – South Korea and Japan. Eight years later, South Africa became the first African nation to host the World Cup, famously bringing the noisy vuvuzela to the world’s attention.

A powerhouse of soccer might, and home to both Ronaldo and Pelé, Brazil has won the World Cup a staggering five Times. World Cup facts show the nation’s first win came in 1958 and was quickly followed by another in 1962. Pelé helped bring home another trophy in 1970, and Brazil racked up two more wins in 1994 and 2002. Brazil is one of only two countries to have won consecutive titles. Italy is the other country to hold this sporting honor.

Six awards are handed out to the best soccer players in the World Cup Finals. The best player award is called the Golden Ball. Its recipient is determined by a vote of media members. A Silver and a Bronze Ball are awarded to the second and third place players, respectively.

The Golden Boot is awarded to the top goal scorer of the tournament. The Silver and Bronze Boot go to the second and third scorers respectively.

The FIFA Technical Study Group determines the best goalie of the World Cup and awards them the Golden Glove Award. They also give the Best Young Player Award to the best footballer aged 21 or younger.

Not to be left out, the general public has the opportunity to choose the Most Entertaining Team award recipient.

To date, only eight countries have ever won the World Cup, though there have been 20 tournaments. These victorious countries are all from Europe or South America: Brazil, Germany, Italy, Argentina, Uruguay, France, England and Spain.

Famed soccer player Pelé, voted the 20th century’s best soccer player, has the most World Cup Championship medals hanging around his neck. The Brazilian player was part of the national teams that won the 1958, 1962 and 1970 World Cup Tournaments.

Though he may be the player with the fourth most World Cup goals in history, France’s Just Fontaine has a greater claim to fame. The 13 goals placed him at number four were all scored in one World Cup. Just Fontaine maintains the record for the most goals scored in a single World Cup tournament and has held on to that title since 1958, when he led France to a third place finish in the World Cup.

With 16 goals during his World Cup tenure, Miroslav Klose has scored the most goals in World Cup history. Klose played for Germany in the 2002, 2006, 2010 and 2014 tournaments. He broke Ronaldo’s goal scoring record in 2014, and led his country to a World Cup win. He retired from international play shortly after. 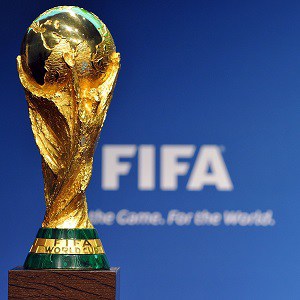 After the successful completion of the last World Cup. Expo 2020 was hosted by Dubai, in the United Arab Emirates, from 1 October 2021 to 31 March 2022. Originally scheduled for 20 October 2020 to 10 April 2021, it was postponed due to the COVID-19 pandemic. Despite being postponed, organizers kept the name Expo 2020 for marketing and branding purposes. The event had recorded more than 24 million visits in its six months. The Bureau International des Expositions (BIE) general assembly in Paris named Dubai as the host on 27 November 2013. 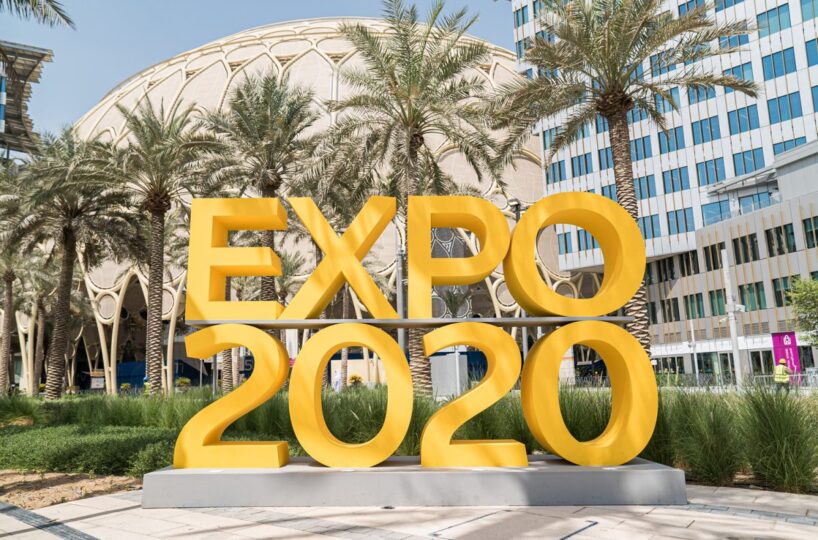 Dubai is a land of possibilities and yet again the country has caught international attention by launching Expo 2020. The mega event has demonstrated to the world their vast potential and organizational capabilities.

Expo 2020 brings the entire world to Dubai to meet the 192 participating countries in their own standalone pavilion. Expo 2020 Dubai theme (https://emoversuae.com/move-on/5-interesting-facts-about-expo-2020-that-will-blow-your-mind/) “Connecting Minds, Creating the Future” will be a celebration of human achievement and innovation, inspiring the future generation to spark creative ideas.

Expo 2020 is probably Dubai’s most ambitious project. Indeed, it is the first World Expo to be held in the Middle East, Africa, and South Asia (MEASA) region, as well as the first Expo to be hosted by an Arab nation. Moreover, Expo 2020 Dubai will be the third largest event after the Olympics and the soccer World Cup. 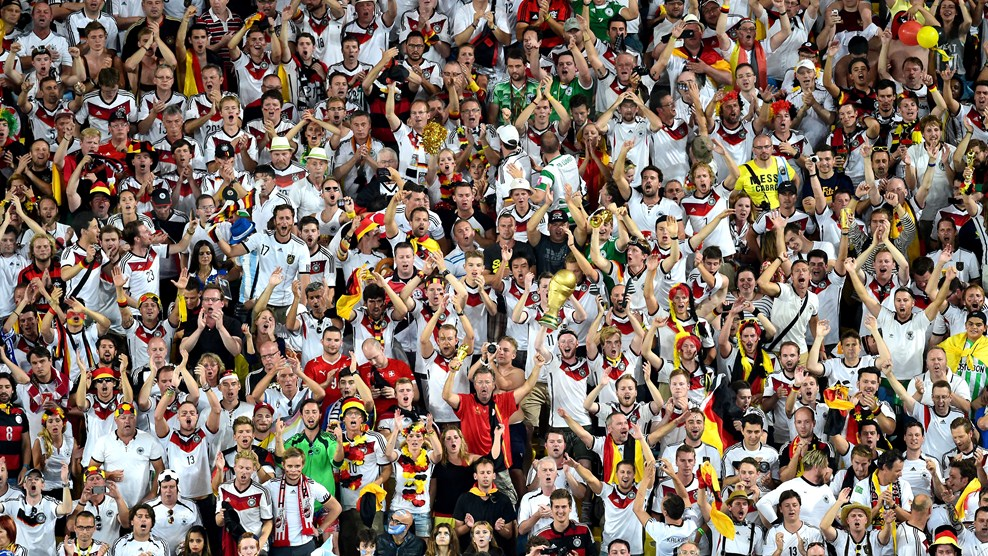 And now to the 2022 FIFA World Cup  which is scheduled to be the 22nd running of the FIFA World Cup competition, the quadrennial international men’s football championship contested by the national teams of the member associations of FIFA. It is scheduled to take place in Qatar from 21 November to 18 December 2022. This will be the first World Cup ever to be held in the Arab world, and it will be the second World Cup held entirely in Asia after the 2002 tournament was held in South Korea and Japan. In addition, the tournament will be the last to involve 32 teams, with an increase to 48 teams scheduled for the 2026 tournament in the United States, Mexico, and Canada. Due to Qatar’s intense summer heat, this World Cup will be held from late-November to mid-December, making it the first tournament not to be held in May, June, or July; it is to be played in a reduced timeframe of around 28 days. The reigning World Cup champions are France. 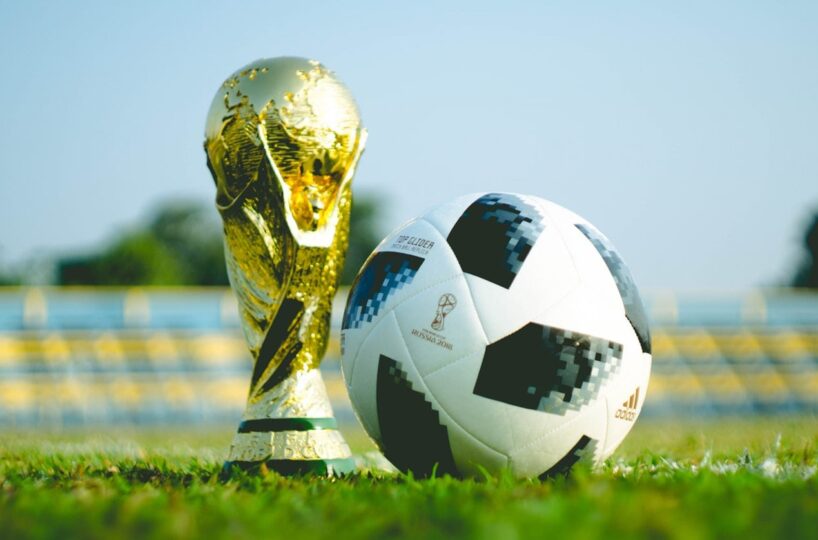 The good thing here is that this top soccer star players know the importance of investing in Real Estate, that is why we have most of the as owners of luxury, high-end properties here in Dubai, both as End-users (that is for their leisure) and also as Investors.

Football is said to have the power to bring people together, regardless of their age, race, gender, culture, or nationality, and that is never truer than at the World Cup. It is the most played and watched sport in the world, and because of that, the World Cup is one of the most anticipated sporting events bringing together the World.